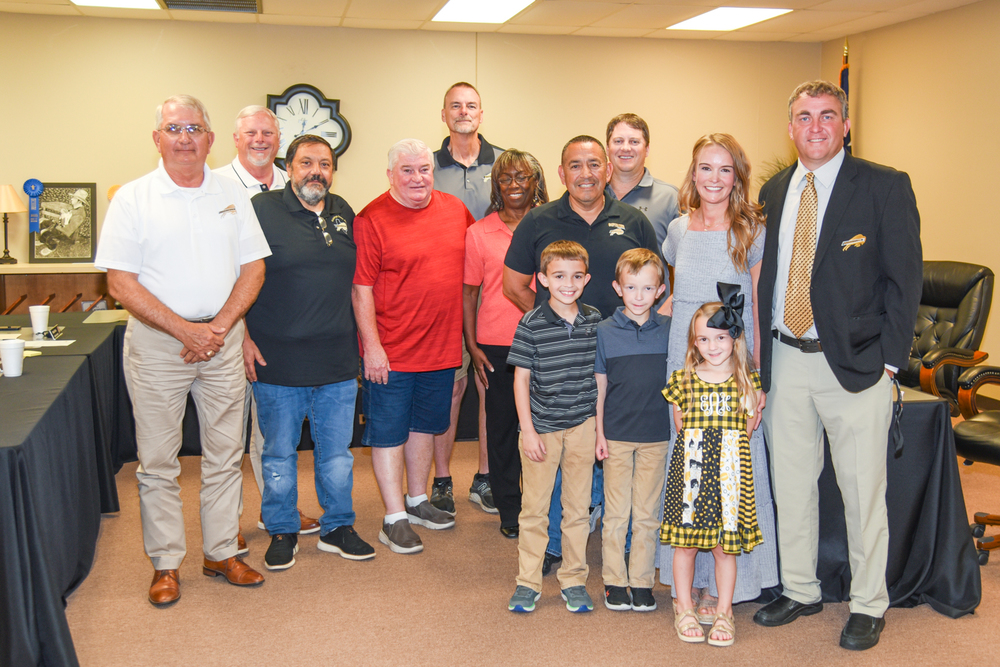 Giddings ISD is happy to announce Mike Adams has been hired as the new Athletic Director and Head Football coach.

Adams has served 4 years as the Buffaloes Offensive Coordinator. With Adams running the offense, the Buffs have earned District Championships 3 of the last 4 years and also tallied 5 playoff wins in 4 years. Adams also served as the Head Girls Track coach. This year the Lady Buffs track team was the Regional Runner up. The Girls Track team finished as the 2021 Regional Runner-up and in 2018 were the Regional Champs.

Adams was previously in Brenham, where he served 2 years as Offensive Coordinator and spent 16 years as the Cubs offensive line coach.

Adams’ hiring was unanimously approved at a special called meeting of the Giddings ISD School Board at noon on Friday, May 13.

Giddings ISD Superintendent Roger Dees said, “We are excited to promote Coach Adams to be our next Athletic Director/Head Football Coach. He has demonstrated over the past 4 years the outstanding ability to make this next move in his career. We have heard an outpouring of support from throughout the community, staff, and students.”

“Giddings is an amazing community with a great tradition,” said Coach Adams. “We are excited to continue being a part of that and can’t wait to take on the challenge of the new role. We have established ourselves as a physical team, and I plan to continue to build on that reputation.”