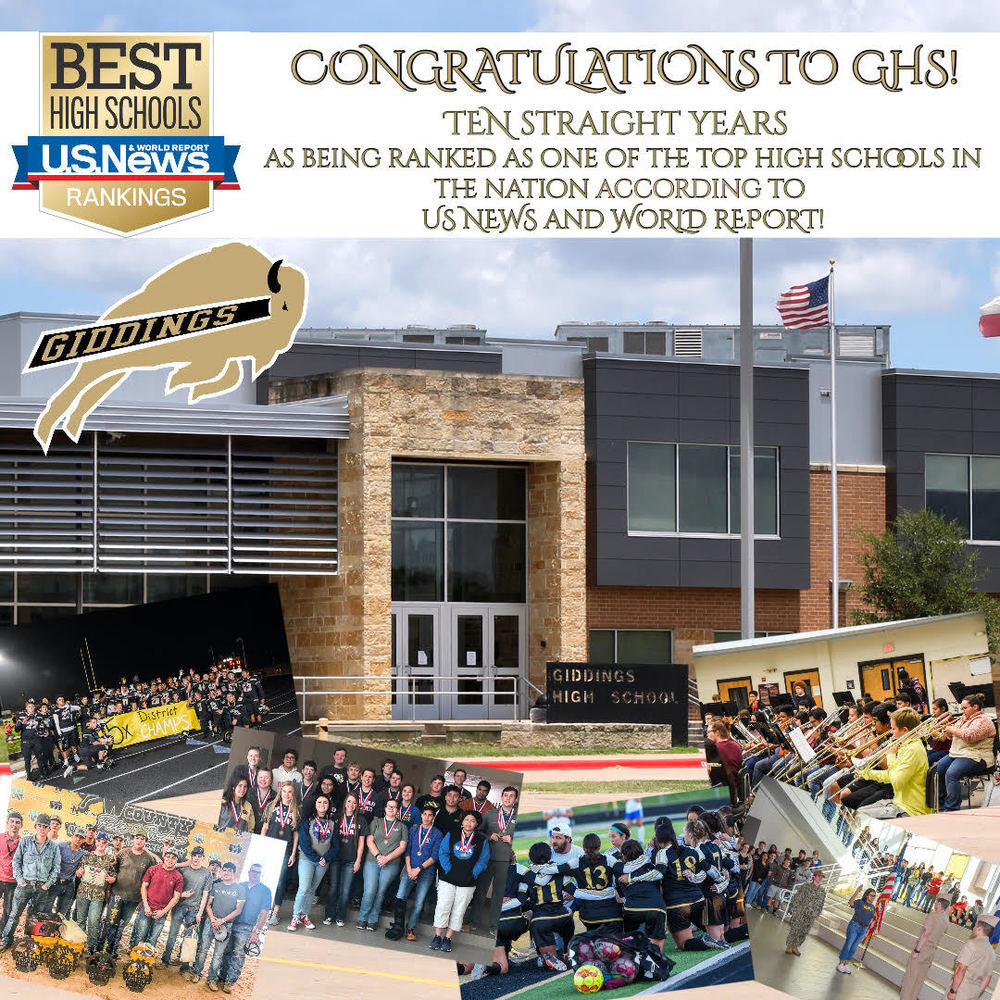 U.S. News released its 2020 Best High Schools Rankings and for the 10th year in a row, Giddings High School has earned a spot in this prestigious list.

GHS Principal Chad Rood commented on the ranking, “I am so proud of the GHS students and faculty.  This honor is a credit to their hard work and the standard of excellence that has been established.”

“ We made a big jump up in the rankings as well,” said Rood. “We are the flagship high school in this area. Ten consecutive years as a nationally ranked high school shows a Tradition of Excellence.  Buffalo Pride is Real!”

Graduation rates and college readiness, both key factors for the path to a higher education, are among the many metrics U.S. News used to determine the 2020 Best High Schools. Giddings HS students have a graduation rate of 98%. They also have 94% mathematics proficiency and 69% reading proficiency.

These are the six indicators of school quality used to calculate the rankings:

- College readiness, based on the proportions of 12th grade students who took and passed AP and/or IB exams.

- College curriculum breadth, based on proportions of 12th grade students who took and passed AP and/or IB exams in multiple content areas.

- Math and reading proficiency, based on student performance on state-required tests.

- Math and reading performance, based on whether performance on state assessments exceeded expectations given the school’s proportion of underserved students.

- Underserved student performance, based on how black, Hispanic and low-income students performed on state assessments compared with those who are not underserved in the state.

- Graduation rates, based on the proportion of students who entered ninth grade in 2013-2014 and graduated four years later.

The highest-ranked schools are those whose students excelled on state tests and performed beyond expectations; participated in and passed a variety of college-level exams; and graduated in high proportions. U.S. News assigned numerical ranks to schools performing in the top 75%. Schools performing below the 25th percentile are listed alphabetically with a ranking range.