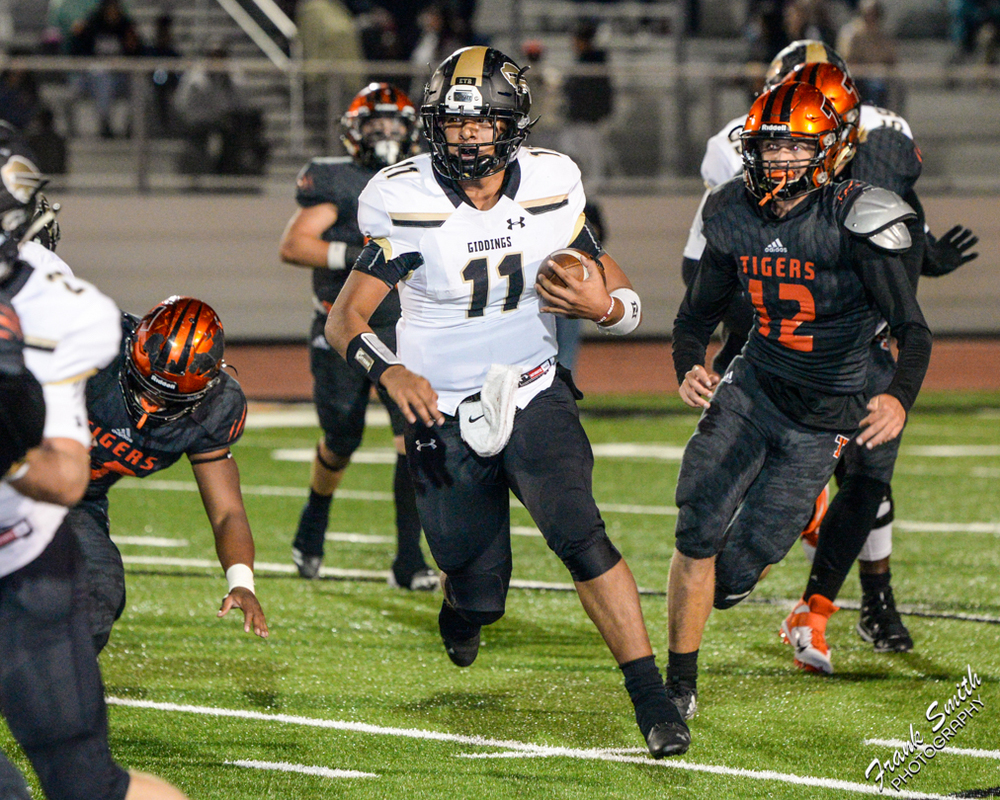 KVUE Sports Director Jeff Jones surprised Giddings HS Senior Quarterback Alex De La Torre, last week with the KVUE Scholar Athlete of the Month award for November. The award comes with a scholarship of $1,000. The award, which recognizes student-athletes who succeed both on the field (or court) and in the classroom, is co-sponsored by Austin Law Firm Lorenz & Lorenz.

Part of the text from the interview says, “Alex is not just a star quarterback, but he is also a star student and a star in the community. When he is not at practice or at school, Alex enjoys volunteering for organizations like the Special Olympics and Santa’s Workshop. He has a 3.9 GPA and has already been accepted into the Mays Business School at Texas A&M.”

When asked “Why is it important to you to give back to the community?” Alex responded, “I know there are plenty of people out there who aren’t as fortunate as I am. I am very fortunate to have my mom, my brothers, my sister, and my dad, who all love me. There are people out there that it isn’t like that. I would like for them to feel the same way.”

The interview video can be viewed here: http://bit.ly/Alex-KVUE